The Good Schools Guide has been keeping a close eye on popular areas for schools across Australia and this time the attention is on Berwick in the outer south-eastern suburbs of Melbourne.

Nossal High School is Victoria’s first coeducational academically selective government high school and since being opened in 2010 it has had a reputation for strong performance, with a median VCE study score of 35 placing Nossal in equal fifth position state-wide. Bialik College, a coeducational independent school in the eastern suburb of Hawthorn East, held top spot outright with a median score of 39.

One of several Monash University campuses is located in Berwick, which would be an appealing option for student wishing to study at uni but remain close to home.

The Good Schools Guide is your number one resource for searching and comparing schools in Australia.  Take advantage of the search function to find more schools in Berwick and the rest of Victoria.

What this article useful for you? The Good Schools Guide blog has more of the same, lists of schools with the best median ATARs in Australia to the top performing schools in every region across Victoria.

Best schools in the Northern Territory 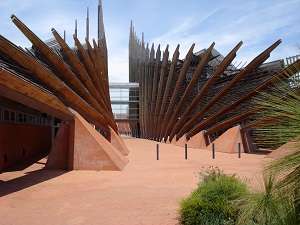