The academic performance of Kambala's class of 2014, in both the Higher School Certificate (HSC) and International Baccalaureate (IB) program, was again outstanding. Topping the student list of high achievers were Debbie Zhou with an ATAR of 99.75 for the HSC and Yanrong Chen with an ATAR of 99.70 for the IB program. 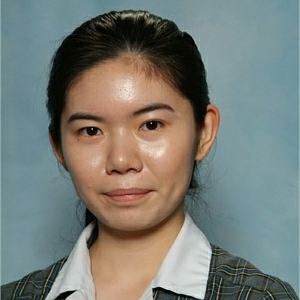 Yanrong came to Kambala at the commencement of Year 10 and completed her schooling as a Visual Arts Prefect, the Dux of the school's IB program, a significant contributor to the school's CASAK program (Community, Action, Service at Kambala) and a mentor to other international students at Kambala. Her support and guidance of younger international boarders was both selfless and exemplary. Yanrong's volunteer work has ranged from tutoring overseas students from Asia, in both Mandarin and English; regularly visiting Wairoa, a school for disabled children; assisting parents with children at polling booths on electoral days; and involving herself in community and school-based fundraising projects.

Her contributions were recognised in September 2014, when she was presented with the prestigious award of NSW International Student of the Year. Ms Chen was nominated by Kambala Principal, Debra Kelliher, and the Director of Boarding, Judy Duffy, for her service to the school, boarding house and wider community. Yanrong reflects on this highlight. ˜It was an amazing evening and I feel very humbled to have received the award. It is a memory that I will always treasure.' 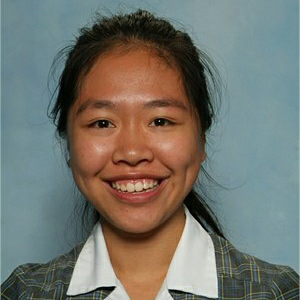 Debbie Zhou began her journey at Kambala as a Year 5 student in 2007 and her contributions to music since then have been exceptional. Debbie was a committed member of the Orchestra, Senior Choir, Senior Chamber Choir and Kambala Big Band, and reached her AMusA in Piano. Her dedication and leadership continued in 2013 and 2014 in her capacity as House Officer and Music Prefect, and as House Conductor at the 2014 House Music Festival a highly regarded event held annually in the Sydney Opera House. Debbie speaks about the experience. ˜Being able to conduct something that I had long worked towards and feeling so proud of everyone's achievements was such a highlight. It really was an unforgettable experience!'

Debbie's contributions to Kambala sport, the Student Representative Council and debating are also noteworthy. Equally impressive is the commitment she has shown to charity initiatives and her attainment of the Bronze Duke of Edinburgh award. ˜I am so grateful for the variety of opportunities the Kambala community has afforded me during my time as a student. Kambala certainly is a special place,' says Debbie.

This article also featured in the Wentworth Courier.