Should teachers take a professional pledge?

There are various occupations that require a pledge to uphold certain values, including police officers and lawyers. Teachers are not expected to make the same commitment, despite educational institutions ranking as the second most-represented group according to the Royal Commission into Institutional Responses to Child Sexual Abuse.

An article in The Conversation recently delved into this space, with author John Whelan contending that teachers should indeed take a professional pledge. He used various examples of child victims of sexual abuse and outlined why it is too easy for employees of educational institutions to avoid their duty of care to students. 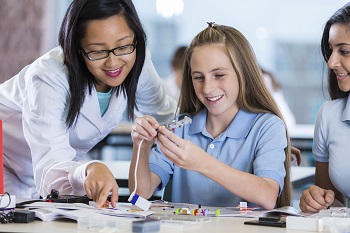 It may sound like a neat idea but it is a flawed one below the surface. Reading out a pledge is not going to make these people any less likely to commit such atrocities. One need only to refer to the sixth paragraph of the article.

"Of the institutional categories employed by the commission, educational institutions were the second-most-represented: 29.8% of the total. Of all alleged perpetrators, about one in six was a teacher, and by far the majority were male. Importantly, many were also clergy."

Members of clergy make what amounts to a pledge when they are ordained, yet this clearly wasn't a deterrent in the instances where abuse was apparent. This is the same for police officers and lawyers who break the law and abuse their positions.

However, Whelan does hit the nail on the head when he admits that simply reading out a statement is not enough. Combatting the prevalence of sexual abuse in schools requires a constant effort by the educational fraternity to be diligent and thorough, to promote moral practices and to stress the importance of "ethical decision making" during teacher training.