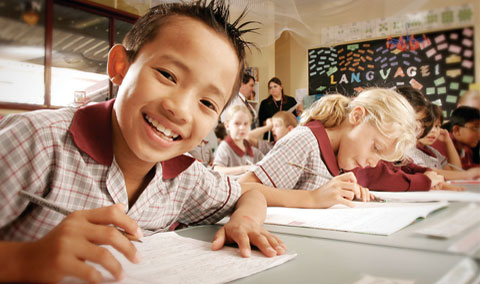 Montessori schools take an alternative approach to the education of children from the ages of two or three up to six years old, substituting the mainstream education systems of kindergarten and crèche.
The Montessori educational approach was developed by Maria Montessori in 1897. Drawing from her extensive research with special needs children, it is characterised by the principles of independence, freedom within limits and respect for a child’s natural physical, psychological and societal development.
The system observes four different planes of childhood development and Montessori focuses on the first. This extends from birth until six years of age and is broken into the following sections:
A Montessori classroom is multi-aged and grouped together for three years. Each lesson is supervised by a trained Montessori teacher at multiple activity stations. These stations provide students with a prescribed choice of individualised activities to participate in during one lesson period of three hours. The materials used within each lesson are scientific and intended to enhance developmental and academic learning of students.

Rather than providing a mainstream approach to introducing academics such as reading and maths, Montessori encourages children to learn once they show readiness and skill in their chosen activities. Because of this, most children in the Montessori system begin learning basic academic principles between the ages of three and four years old.
The objective of Montessori is to provide children with a base knowledge of concepts from working with materials rather than by direct instruction, providing personalised meaning to each knowledge concept.
There are currently over 150 Montessori schools in Australia operating at the incremental levels of under three, preschool, primary and secondary education. Each school is run independently either within the private, public or not-for-profit sector.
Useful links:
Education Montessori

3 Things your child should know before becoming a teacher