Parents’ guide to social media in 2020 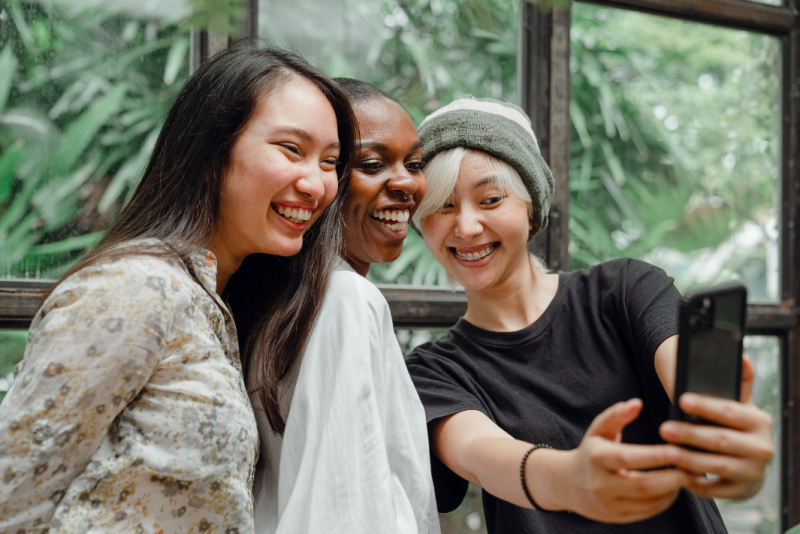 Social media and the many apps that fill the internet have become a minefield. No longer are growing kids just using Facebook and YouTube in their spare time, the rise of apps such as TikTok, Snapchat and Instagram has meant young Australians are now using many different sources to communicate with the world.

We’ve compiled a summary of what the most popular social media apps are in Australia currently and how they can become dangerous for unaware users. We’ve chosen to omit Facebook and Facebook Messenger because they are already widely known and used by people of all ages.

Since its inception in 2010, Instagram has risen to become the most prominent social media platform for teens globally. For those not familiar, it allows users to share photos and videos rather than statuses like Facebook and Twitter. The feeds of other people share only pictures or videos, but it allows you to follow pages of other people and businesses so that you can see what interests them on their feed. You can also put up videos or photos as ‘stories’, making them available for your entire friend list to view for 24 hours. Since Facebook CEO Mark Zuckerberg bought the company for $1 billion in 2012, the app has only continued to rise in popularity and now has over a billion users.

As a whole, Instagram can be a safe app to use if privacy settings are implemented — you can keep your account on private so that people have to request to follow you and see your posts. Certain profiles remain public, meaning anyone can follow them and interact. Due to Instagram coming under Facebook’s ownership, similar privacy issues regarding data usage plague the app, but not to the same extent as Facebook. Other potential issues include inappropriate posts or behaviour between users, but this problem exists across all the main social networking apps around the world.

Instagram may be the most popular app, but Snapchat is a close second. It allows you to communicate with individual friends or groups of friends via photos and videos that disappear after being viewed. If someone takes a screenshot of the photo or video the sender is notified. Much the same as Instagram, you can also add videos or photos as ‘stories’, making them available for your entire friend list to view for 24 hours. It’s recently added a chat feature, meaning consumers aren’t restricted to using just photos and videos to communicate with others.

What should parents be wary of with Snapchat?

The main issue surrounding Snapchat is the way it is used. For the majority of users, Snapchat is a safe and fun way of talking to friends, but unsuitable practice means sexting is an issue. Users are known to send inappropriate content thinking it will disappear, despite data privacy being a massive problem and recipients being able to screenshot and distribute images received. The ‘Snap Maps’ feature requires users to allow location services, meaning the app shows exactly where you are at any given time.

2020 has seen TikTok become a widely popular app with the most controversy surrounding it. Released in 2017, it only became popular outside of China in 2018, and has taken over the world in the past year. Your TikTok feed is full of 5–30 second videos made by other users. Videos some show people dancing and starting trends, while others are comedic or involve people lip-syncing to songs or TV shows. It has a massive variety and has created a new wave of TikTok celebrities.

What should parents be wary of with TikTok?

TikTok is all public and doesn’t offer the privacy of other apps. If a video is out published, many people may see it — it’s the goal of most creators to reach as many people as possible. This can open users up to stranger-danger and privacy violation if inappropriate content is produced. Some challenges posted by users are also dangerous, meaning teenagers should be wary of what they try to recreate. Security concerns regarding how the data is used by the corporation is rife at the moment — at the time of writing, many countries (such as the US) are considering banning the app, and Australia has cited fears about where the app’s data goes.

Lastly, there have been discrimination issues for the company, who have reportedly taken down content from disabled users or others posting about political situations. Users can be opened up to bullying, and may develop an unhealthy view of beauty norms when becoming addicted to the app.

The premier video streaming and viewing website, YouTube has been a constant since the early 2000s. Majority of videos on the internet is live on YouTube, giving you a single place to watch whatever you like. It hosts vlogs (video blogs), highlights of sports or entertainment and feature-length movies.

Although there is a lot of explicit content on YouTube, the company has done a great job in instilling privacy filters that require users to prove their age in order to watch certain videos. The main issue is that YouTube is addictive, really addictive (not unlike TikTok)!

Make sure your kid isn’t trapped watching videos late into the night, as it can become unhealthy. Much like TikTok, creators also open themselves up to nasty cyber bullying, as videos are usually made public.

Use of HouseParty really skyrocketed during the first COVID-19 lockdown period. It’s a convenient app that allows you to add friends and video chat with them, much like Skype. The difference is that you can drop in on any chat any of your friends are having if you don’t ‘lock’ their room. Think of it as an actual house party — you can open the app, see who’s online and strike up a conversation if you wish.

What should parents be wary of with Houseparty?

Usage of app has dropped since reports came out about hacking problems resulting in bank accounts and other social media accounts being infiltrated. This app is probably a no-go for teen users, unless they know how to block these attacks.

These two platforms are commonly used by any young adults playing video games on consoles like Xbox, PC or PlayStation. Discord is an easy audio/text/video chat app that a lot of users hop on to talk to friends while they play online together. It’s simple and easy.

Twitchis a video game streaming service (although other users like comedians stream videos of themselves performing), where the current popular video game players live stream their gameplay for viewers to watch.

What should parents be wary of with Discord and Twitch?

The main issue with Twitch is that the liveness of the streaming stops explicit content from being filtered or removed. Because of this, tragic events like shootings and suicides have been put online for upwards of 10 minutes before being taken down. The chat aspect of Twitch encourages rudeness as humour, meaning 10 to 17-year-old kids using it become normalised to grotesque and harmful comedy.

Discord is relatively safer, as the only problem is how audio chats occur and what is said — inappropriate topics and behaviour is hard to moderate.